Since the outbreak of the Covid 19 pandemic and the measures taken against it, conspiracy theories have been circulating on an unprecedented scale and have become a dominant topic in public discourse. “Alternative” internet media and specific social media groups are convincing a growing number of people that behind current social crises, there are secret and influential forces at work, manipulating the population out of self-interest.

Conspiracy theories are by no means a new phenomenon. They have appeared time and again in the history of mankind, and some accusations have persisted for centuries up to the present day. The exhibition, which had been shown for the first time in 2019 by the German Stiftung Kloster Dalheim examines the origins, functioning and spread of conspiracy theories from a historical perspective.

In the Middle Ages and early modern times, faith shapes conspiracy thinking: religious minorities such as the Jews and later the supposed “witches” were considered allies of the devil who wanted to harm Christianity. In the Age of Enlightenment (18th century), the secret societies of the Freemasons and Illuminati are defamed as the masterminds of political and social upheavals. In more recent history, political ideologies have appropriated the belief in conspiracy: while the National Socialists propagated a Jewish world conspiracy, the Stalinist Soviet Union used the fear of alleged traitors as an instrument to maintain power. During the Cold War, opponents on both sides of the Iron Curtain were suspected of subversive actions, which in the USA found a strong expression in the “Red Scare” fomented by Senator McCarthy.

The late 20th and 21st centuries have produced a plethora of conspiratorial insinuations that have in common the apparent capacity to reduce the complexity of the modern world to seemingly simple explanations. For example, the power elites are said not only to have orchestrated the moon landing and to be behind political catastrophes such as the Kennedy assassination or the attacks of 11 September 2001, but also to intervene in the lives of every individual: by means of harmful bar codes on packaging, poisonous “chemtrails” in the sky or vaccinations that endanger health.

One section of the exhibition is devoted to specifically Luxembourgish examples, beginning with the "gunpowder conspiracy" in the 18th-century fortress and more recently relating to alleged machinations in the financial centre (“Clearstream affair”).

This exhibition, rich in content and spanning almost 700 years of conspiracy thinking, is supposed to make a contribution to a highly topical and socially relevant subject, as well as to provide assistance in distinguishing between fact and fiction, something particularly important in the internet age.

Do you believe that .... Vote and let us know what you think! 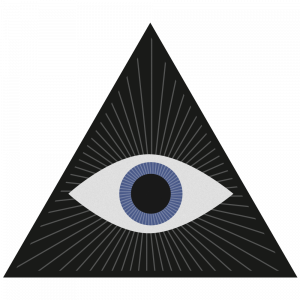 Discover our new cultural and educational programme and be surprised by the exhibitions and activities from January to April 2022.

What's on at the Villa Vauban

Programmation Zoom In: Animal painting, a history of Jean-Pierre Pescatore's style and passion

You can find out more about which cookies we are using or switch them off in settings.

This website uses cookies so that we can provide you with the best user experience possible. Cookie information is stored in your browser and performs functions such as recognising you when you return to our website and helping our team to understand which sections of the website you find most interesting and useful.

Strictly Necessary Cookie should be enabled at all times so that we can save your preferences for cookie settings.

If you disable this cookie, we will not be able to save your preferences. This means that every time you visit this website you will need to enable or disable cookies again.

This website uses Google Analytics to collect anonymous information such as the number of visitors to the site, and the most popular pages.

Please enable Strictly Necessary Cookies first so that we can save your preferences!